A weekly review of news articles that discusses using AI for facial recognition in China, US, and Singapore

This week we are going to see how US, China and Singapore use AI in their facial recognition software

In China, using facial recognition software for surveillance or for commercial purposes is a daily part of life. China’s YITU is expected to collect a profit of about $9.2 billion per second as it can identify a person within its data. About 200 million cameras are fixed for surveillance to track down criminals and prevent crimes from ever happening. Dragonfly technology, YITU has a leading global market for surveillance technology. This is expected to gather $9.2 billion dollars by 2022.  Leo Zhu and Lin Chenxi, the founders of this company in 2012, made the company famous all around China.

But in the other side of the world, San Francisco has banned the use of facial recognition. Civil liberty group thinks this overuse of this surveillance may be abused by the government. Critics say that rather that banning this technology we should focus on these uses. This technology is very useful in managing airports and borders. Other cities like Massachusetts have banned the use of facial recognition and remote biometric systems. In Capitol technology, a bill has been passed to ban the commercial use of these technologies.

And on the other hand, Singapore has been equipped with smart lamps all around the streets. Smart nation sensors platform is initiated with 110000 lamps which are used for various purposes. For example, detecting if any accident or distress for help is found using them. Smart lamps are introduced to improve the standard of life not to peep inside how people live. Said by Mr.Tan. Problems like cybersecurity, hacking and data leaks need to be tackled.

Shanghai-based YITU Technology has gained wide recognition for its facial scan platform that can identify a person from a database of at least 2 billion people in a matter of seconds. The company made this year's CNBC Disruptor 50 list of the world's most innovative start-ups, released Wednesday.

China’s plan of being the global leader in artificial intelligence by 2030 is expected to bring in a profit of $9.6 billion by 2022. China’s facial recognition software YITU can recognise a person within a second from its database.

About 200 million surveillance cameras are fixed in China to track down thieves, big spenders in luxury stores, snag jaywalkers, etc. China believes using surveillance and facial recognition makes the country safer but the civil liberties believe that piracy and error may overshadow the pros.

Shanghai-based YITU technology has made ‘Dragonfly’ eye that can find a person in 2 billion population in a matter of seconds.  YITU has a leading global market for surveillance technology. This company is alone expected to gather $9.2 billion dollars by 2022.

Leo Zhu and Lin Chenxi are the founders of this company in 2012. YITU’s Dragonfly was widely used by local police to analyse surveillance videos. By last year the company’s technology was used for over 20 provincial bureaus in 300 cities. It also claims to be the world’s first AI-based cancer screening solution for lungs and other cancers.

YITU is expanding to help cities to become digitalize such as traffic patterns, energy supply information and infrastructure development. Chinese start-up Megvii Technology is considered to have the most powerful facial recognition systems in the world. Megvii is known for its open-source facial recognition platform called Face++.

Now Facial recognition is becoming a privacy issue and is considered as a civil breach by many all around the globe. Private companies are storing these valuable data of photos in the database and now it’s a matter of time before the government starts demanding for these. 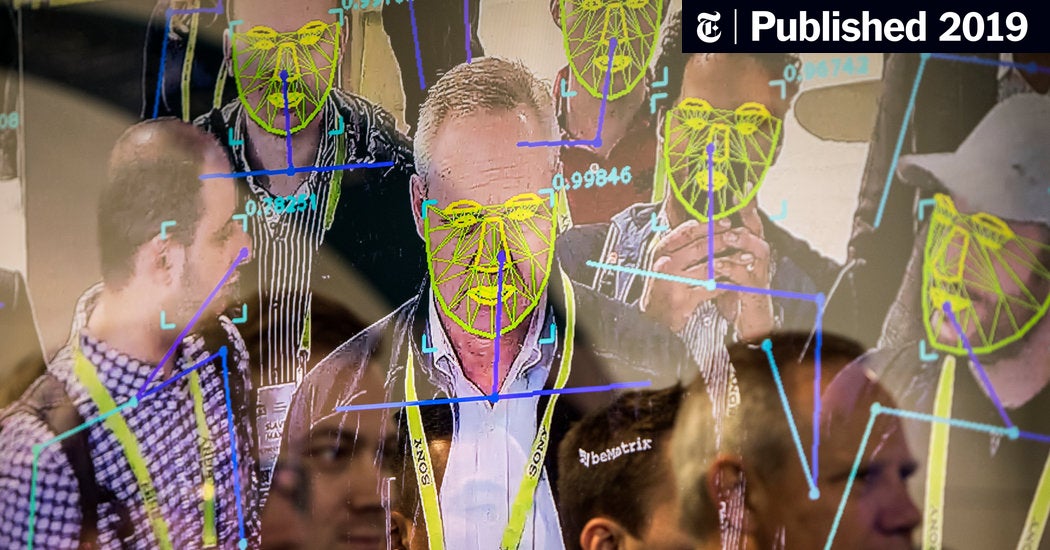 It is the first ban by a major city on the use of facial recognition technology by the police and all other municipal agencies.

San Francisco has become the heart of the technological revolution. They have taken the initial step to ban the use of facial recognition software.

Aaron Peskin sponsored the bill that gives a strong message to the nation, coming from a city transformed by tech. He also mentioned that it is essential to regulate the excesses of technology precisely because they are headquartered here.

Critics said that rather than focusing on this ban we should see the usefulness of this technology.  This is useful in the field like border installation and security airports.

US border security force is using this technology to match the photo with the application they have given. Ed Davis, former police officer, feels that it is better to keep the door open for technology advancements as we never know when it can come in handy.

We’re sorry. The page you are looking for appears to have moved or does not exist. Check the URL or try using our search function at the top right. Alternatively, you might want to check out these top stories:

A project has been undertaken in Singapore to equip lamp post with AI capabilities to improve urban services. Smart Nation Sensor Platform project is initiated to make all 110000 street lamps to smart lamps with a network of wireless sensors to transform them into a smart lamp post.

SNDGO’s Deputy Secretary Tan Kok Yam describe these smart lamps as gadgets we can use these to make places safer.

Professor Archan Misra stated that the public agencies need to be more upfront about what they’re using them for and to highlight the positive use cases. But there are a few cases where we use them to track a person or monitor them.

Cyber security risk, hacking and data leaks are the common problems we should tackle. WIFI on unlicensed spectrometer are more vulnerable to security risk. The agencies behind these smart lamps should consider whether they are cost-effective,feasible and can be used to solve real-life problems.

Professor Misra believes that the smart lamp post is still at least four years away from reaching a level where its capabilities will match its intent.

That’s all for the week. We’d love to hear your thoughts on these articles and anything else data related! Email us at info@spectdata.com