A weekly review of news articles regarding
Artificial Intelligence in the US, China, and Australian Supermarkets

This week, we look at how AI is used in the US, China, and Australian Supermarkets.

In the US, Krogers and Microsoft Corp. have joined hands to create ‘digital shelves’ in Kroger stores for an online-shopping experience in the brick and mortar retail stores. Initially this data-rich technology was implemented in 2 test stores and by last fall, 92 Kroger stores boasted of providing these services.

Similarly, China boasts of outpacing the global average as far as implementing AI for commercial use is concerned. According to PwC’s 2018 Global Innovation 1000 study, China has invested significantly in R&D that has brought about advancements in data collections and algorithms. In fact AliBaba chain of stores has implemented the technology where customers can scan their items, have it billed and delivered to their homes within 30 minutes.

Australia is in no way left behind. Australian retail giant Woolworths has introduced commercial robots that make their stores much safer for the shoppers and prevents shoplifting. Coles too has recently announced about a deal that will see two commercial robots built for the purpose of customer fulfillment of online orders. 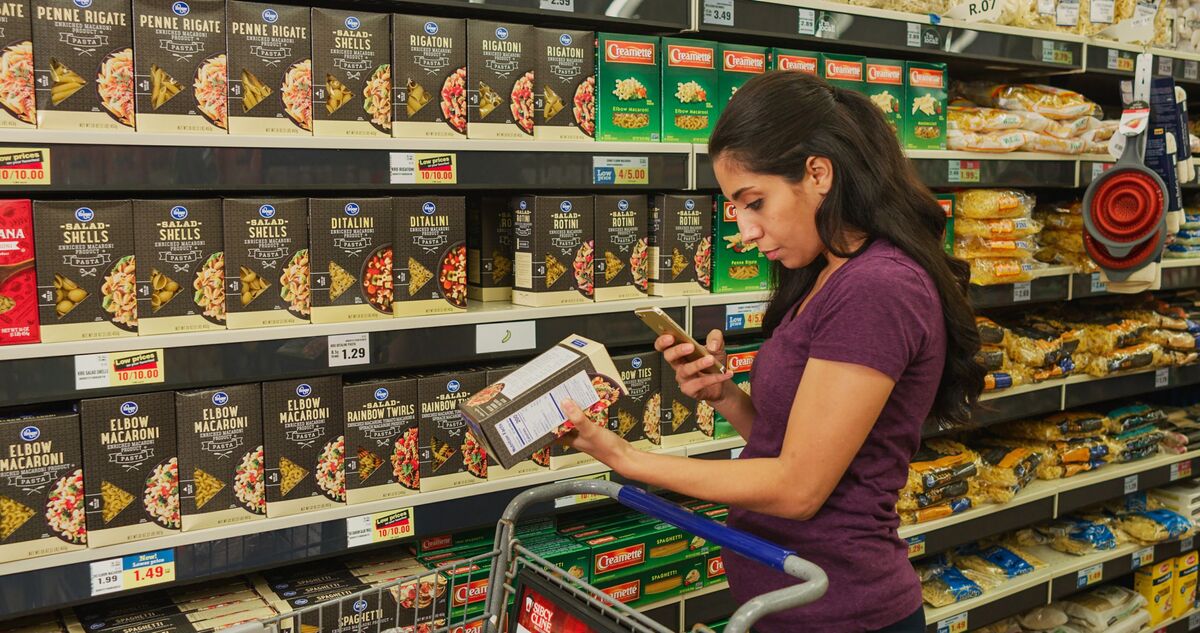 The supermarket chain and technology giant are using the cloud to make it faster to navigate the grocery aisles and pick up online orders.

Kroger has the plan to initialize its cloud-based system which is developed along with Microsoft in all of its 2780 supermarkets. This alliance is an example of how big US retailers are developing data-rich technology to improve a boring supermarket like what Amazon did.

The deal helps Microsoft’s cloud business to keep up with amazon’s but also it finds willing customers like Kroger.Co and WallMart Inc. Kroger hopes to sell this technology to other retailers along with groceries and machines.

These two teams worked on many projects for the last 18 months. This digital shelving systems debuted them in a fall. At the two test stores located near Microsoft and Kroger’s headquarters in Washington, customers used the Krogers self-check app to guide through the store.

Amazon’s own every 50 cents spent on online but that dominance doesn’t spend on groceries because it is still brought in stores. To break into the market Amazon made a deal which made the whole Krogers share collapse.

By the end of 2020 Kroger generates a profit of 400 million on selling this technology to other companies. The Visual Store Management is at its development stage this allows the manager when there are no shopping carts at the front.

Kroger’s plan to futuristic commercial helps Microsoft’s Azure cloud business a better future. The data collected over the black and white devices on the ceiling helps the data collected and be a divide among the Microsoft and the stores to use application based on hybrid computers.

In the interview, Nadella said the technology will help shoppers find food in the “most seamless way” and hopefully inspire other grocery chains to adopt it in their own stores. “It’s not just about Kroger,” he said. 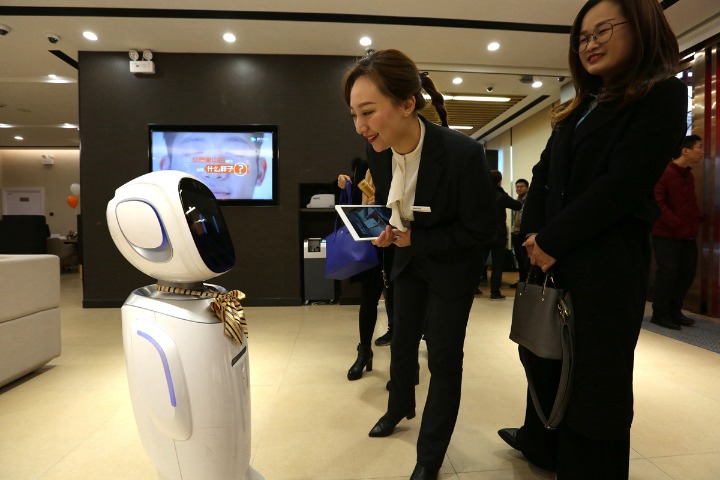 Artificial intelligence adoption by Chinese businesses has outpaced the global average thanks to increased spending on research and development and industry growth, said a PwC report.

The market value of China’s AI industry reached 23.7 billion yuan ($3.54 billion) in 2017 and the top three segments of the market were computer vision, voice and natural language processing, as per a report on AI development issued by the China Institute for Science and Technology Policy at Tsinghua University.

As per the PwC report, Chinese business leaders are also hoping for regulatory relaxation. Almost 80% of them believe that the government should limit data collection regulations to facilitate AI development

In 2018, the Global investment in financial technology ventures doubled to $55.3 billion, initiated by a surge in funding and strong gains in several other markets, according to Accenture analysis of data from CB Insights, a global venture-finance data and analytics firm

As per a report by Zhou Xing, PwC North China and Beijing office lead partner, China has become the powerhouse of Artificial Intelligence in the world. Advances in data collection and algorithms, and the prevalence of mobile devices, coupled with aggressive R&D spending have contributed to the current success China Woolworth Australian supermarkets have developed new technologies and robots to make stores safer and rolling out new surveillance technologies to crack down shoplifters. A new store has been opened in Gregory hills in Australia last week featuring a new array of cutting edge technology.

A robot goes up and down in the store looking for trouble and any hazards which alert the system and staff when it finds danger.

“We’ve been working to reduce trips and slips in our stores, but we still see too many,” a Woolworths spokesperson said.“We’re trialing new technology in Gregory Hills to see if it can help make the store safer for our customers and team. It will roam the store looking for potential safety hazards, and allow one of our store team members to quickly attend to it.”

The new store gives new iPad for customers looming over the self-checkouts scan the products took by the customers using camera available in the pads. The company makes sure the safety of customers pin for EFTPOS machines whether it is been filmed while entering the password.

Coles supermarket has installed self-checkout features in their 12 stations to crack down people taking advantage of it.both the markets have introduced new automated robots to make their customers more effective and cut cost.

Woodworth has launched a $560 million warehouse for picking up and delivering the inventories to distribute all over Victoria. The company also established a check out free shops in Sydney in late 2018. The customers can use customers cam to scan the product and automatically paying for them when they leave the store.

In 2018 Amazon has opened a store in Seattle without checkouts where customers are allowed to grab and go by using computer vision enabled cameras, deep learning algorithms, and sensor fusion technology.


That’s all for the week. We’d love to hear your thoughts on these articles and anything else data related! Email us at info@​spectdata.​com